Who is to Blame for Gas Prices and Inflation

American families have been feeling the economic squeeze. Prices are up, and a trip to the grocery store or the gas pump can lead to hard choices. But we need to be clear about one of the main drivers of inflation and price increases: greed. Corporate monopolies’ stranglehold on our economy has allowed fossil fuel companies and CEOs to raise prices and make record profits, while regular Americans foot the bill. In this Unpacked, we’ll go deep on rising costs.

Skip to jump navigation section
Now in What’s Causing This?

Americans paid more at the pump this year. It’s because oil prices are up per barrel, right? Not even close. As of this writing, a barrel of oil cost roughly $85 –  $25 LESS than that same barrel cost ten years ago. But the price of gas is almost double what it was back then! And you know what comes next: obscene, record-shattering profits for oil companies. They, and other mega-corporations, are taking advantage of working-class American families, causing inflation and hurting our economy. Across the country, profits are soaring while regular people are suffering.

And it’s not just gas prices: basic commodities like groceries are more expensive.  It’s thanks in large part to giant global conglomerates like Kroger and Cargill raising prices for consumers – not because their costs are drastically higher or because they’re paying their workers more, but because they see an opportunity to make record-setting money for their executives and shareholders. These price hikes hit vulnerable Americans the hardest, and this year the Biden Administration took action, cracking down on price-fixing Big Chicken manufacturers like Tyson and JBS  and expanding support for independent ranchers and farmers.

But instead of helping Americans during tough times, MAGA Republican leaders like Kevin McCarthy and Rick Scott have fought every effort to make mega-corps pay their fair share in taxes. They’ve opposed President Biden’s programs to help struggling Americans during the COVID pandemic, and voted against every single piece of economic legislation that would help our communities. (Even when they take credit for the same programs they voted against!)

And their plans if they take control of Congress would make anyone with a sense of shame blush: even more tax cuts for the super-rich, expanded giveaways to corporations and energy companies, and huge cuts to programs like Medicare and Social Security. They’re perfectly willing to tank our economy, if it helps them politically or makes their donors rich.

Democrats: Fighting to Put Money in Your Pocket

Democrats are investing in our communities, and are fighting to curb ‘greedflation’ and make sure profiteers don’t get to take advantage of consumers. And they’ve built important new programs designed to help us all get through tough times and strengthen our economy.

There are two main culprits behind the elevated cost of gas: petrostates like Russia and Saudi Arabia, and price-gouging oil companies (and their Republican allies).

Skip to jump navigation section
Now in Why It’s Important

Price increases are hitting Americans hard, and voters are being primed to blame climate action and infrastructure spending instead of international bad actors and price-gouging mega-corporations. Republican candidates are leaning into the narrative that Democrats’ environmental regulations are pushing prices up, nevermind the fact that most of the policies they blame have never been law! Our dependence on oil companies and petrostates would deepen under Republican leadership and essential progress towards a sustainable energy economy will be lost. Beyond that, our reliance on petroleum is a security risk: as long as international bad actors can leverage their resources to fund wars, destabilize economies, and threaten international trade, we can’t be sure that this won’t happen again.

How We Talk About It 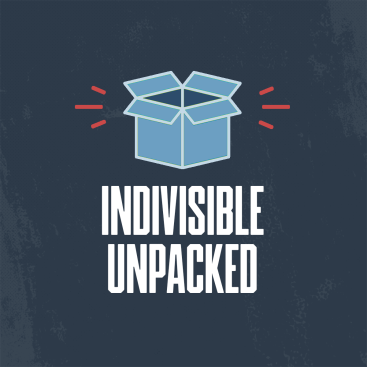 Congress has passed a ground-breaking reconciliation bill that funds historic climate action, reduces the cost of healthcare and prescription drugs, and takes steps to make the ultra-wealthy and big corporations pay their fair share in taxes.

These templates will help you write a letter to the editor about the impact and importance of the Inflation Reduction Act.