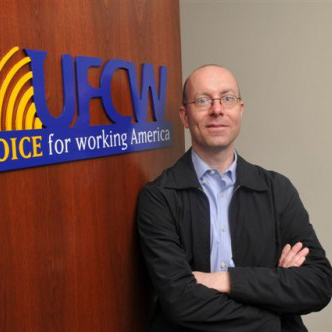 Bill Dempsey has over twenty-five years of experience developing new strategies for under-served communities to advance racial and economic justice. He has worked as a community and labor organizer, a political campaign manager and a non-profit leader. He advises many of the nation's major unions, foundations, and community groups to help them win campaigns, launch innovative programs and deploy innovative tools in service of their missions. Bill served in the executive office of the Service Employees International Union where he chaired SEIU’s $2 billion pension and benefit funds, oversaw the union’s strategic research work, and managed the union’s investor activism work, finances and operations. Prior to that, he was the Senior Vice President and CFO at the Nathan Cummings Foundation where he helped manage an endowment with over $450 million in assets and supervised $17 million in annual grants. Mr. Dempsey began his career in the Midwest where he organized large-scale community reinvestment coalitions in Gary, IN and Milwaukee, WI. He also co-founded the Milwaukee LGBT Community Center and the Cesar Chavez Community Center. He has managed numerous electoral campaigns for progressive City, County and State legislative candidates. He served as a Program Officer for the Veatch Program, founded the UFCW’s Capital Stewardship Program, and directed SEIU’s Capital Stewardship Program. Mr. Dempsey is a volunteer advisor to many workers centers, civil rights groups, philanthropies, public policy makers, LGBT groups and immigrant rights organizations. Mr. Dempsey serves on the boards of the New World Foundation, the Christensen Fund, the Center for Community Change Action, the National Committee for Responsive Philanthropy, Americans for Financial Reform and the Workers Lab.